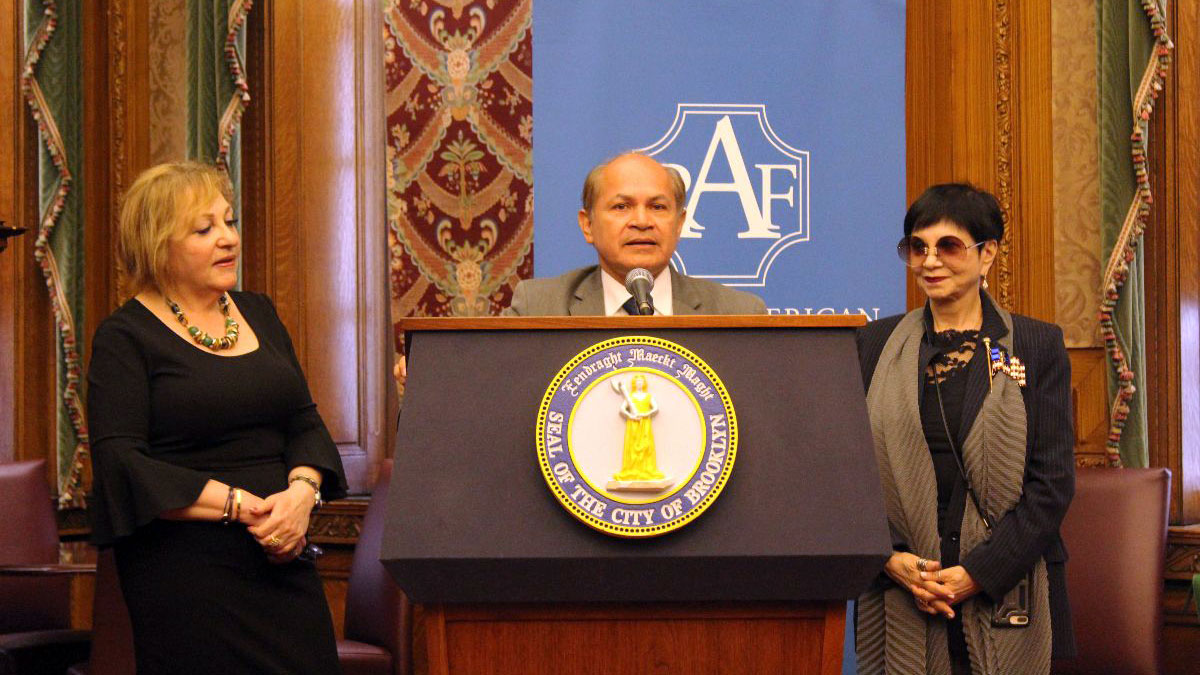 Brooklyn, New York, June 20, 2019 - It is my pleasure to announce that Jose Valencia was honored on Thursday, June 20, 2019 by Brooklyn Borough President Eric Adams and the Russian American Foundation for his lifelong achievements helping Russian-speaking communities of New York first, as a former President of the New York Association of New Americans (NYANA) and currently as President of ASA College.

Mr. Valencia received a special proclamation award which documented his professional and academic accomplishments, and signed by President Adams, to the delight of the huge delegation of ASA Faculty and Staff who accompanied him to Brooklyn Borough Hall to receive the award.

Mr. Valencia was the only one honored who is non-Russian-speaking.  Other honorees include New York Police Department Sergeant Dmitriy Zabrovskiy, President of the Russian American Officers Association and entrepreneurs Ildrim Abrahamov and Oleg Movsumov, Founders of Village Cafe and Village Cafe 2; and Marat Novikov, Founder of Desly International and Belarussian Xata.